Tony to Jim: It’s a business opportunity
I return from the co-op summit in Quebec City more persuaded than ever that this model (equitable, sustainable) has much to offer the new economy, viz (what does that mean, anyway?) the cooperative enterprise. Not only that, I believe the time has come for just this idea. The financial distress of the Lehmans, the Greeks and the Irish, growing poverty and income inequality, climatic and environmental imperatives and the impatience of the young, who are better organized and equipped than ever before and moving into position (vide Justin), mark the time. Cooperation is the answer.
You can find the reasons why at the site of the Co-op Summit. Co-ops have to be as good as any business, even better. They have to compete in whatever market they serve. They do it with organic growth and dedicated service to their member-owners. More of them survive longer than conventional enterprises. They are more resilient, shock-resistant, less-panicky. And they are principled. They have principles (not many, just seven that they all observe, most of which are organizational but one enshrining “concern for community”) and for the most part they live them.
And here’s the best of it. They’ve been around forever and some of them – many of them – are humungously successful. According to the most recent stats (which are four years old – co-ops aren’t great on communicating stuff), the biggest co-op, Crédit Agricole in France, does more than $100 billion worth of business annually. At least 250 co-ops are known to have generated revenues of at least $1 billion each in 2008. 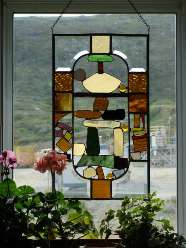 Unfortunately only a handful of these are Canadian. Canada, for all its Moses Coadying and Prairie wheat pools, is a co-op backwater. The biggest sweep of the movement is in Europe and Asia, but more than 30% of the largest co-ops are in the good, old capitalist United States of America. And if Canada as a whole is a co-op backwater (excepting such as Desjardins, the Calgary Co-op, the federated agriculture co-ops in Quebec and the west, Gay Lea foods, the Quebec funeral co-ops, etc.), Ontario is back of the backwater.
The biggies are mainly agricultural or financial companies. But there are many, many varieties of co-ops, in virtually every field of human endeavour short of tarsands exploitation. They do more than $350 billion annually in retail, $27 billion in health services, $18 billion in utilities. All the way to Catalpa, our nine unit housing co-op that shelters fifteen adults and a variety of kids on self-administered member fees of about $100,000 a year. It all proceeds from the same axiom (I haven’t actually formulated the axiom yet – it may take two or three axioms on which to construct the theory of why it works as well as it does).
On the whole, it’s a good news story, which of course means that the media couldn’t care less. At the Summit there was no media coverage. I spoke to Terry Corcoran before I left. “What can you say? There’s no news there,” he told me and of course he was right. I talked to the resigned PR exec who had personally called hundreds of media contacts. “Never mind the New York Times. La Presse didn’t come but said they’d take CP’s coverage. CP didn’t come but said they’d take the Postnet coverage. But Postnet didn’t come.” The Globe got there for a question at the finalé but I haven’t seen anything in the paper.
No media but there were 2,800 people from around the globe in Quebec for the week-long conference with an intro of co-op economics and presentations from all – count them – of the Big 4 management consulting firms, which were salivating at the prospect of the sector getting its act together. Who better to put it together than McKinsey, E&Y, Deloitte and Pw? Microsoft, IBM and Google were also prominent. Perhaps they’ll form a co-op to divide the business.
For business there will be. Business for consultants, as the sector organizes to move the co-op model closer to the centre of the market. Business for financial institutions that will underwrite sectoral expansion. Desjardins Financial underwrote the Summit. Business for those who undertake to educate for the new economy. St. Mary’s U. from Halifax stepped up to co-sponsor the summit. Not a bad investment by the old (est. 1802) school. A master’s degree in co-op management delivered online by St. Mary’s returns a cool $28,000 to the university’s Sobey School of Business.

Jim to Tony: Something like capitalism
Viz. (properly spelled with final period) is a contracted abbreviation of videre licet, which means “clearly seen or read.” Hence, it carries the sense of “namely” or “such as.” Don’t ask me where the z comes from.
As it happens, I made about a dozen trips to Moncton over a couple of years back in the 90s, working with a retail interior designer on a complex project for Co-op Atlantic. They wanted to harmonize and standardize the look of their grocery stores, as well as the shoppers’ experience of them, across a network then confined largely to NB, but which seems to have since expanded across the Atlantic provinces. Their big problem then was a notable lack of consensus about what their stores should be. The rural shops were genuine, low-cost cooperatives, but the bigger ones in Moncton were indistinguishable from their capitalist competitors. It’s a variation on the old theme: how you gonna keep ‘em down on the farm, after they’ve seen Profitability? Visiting their website today, I note they have not consolidated their identities, which was a key objective of my project. Instead, they’ve enlarged the patchwork of variations, no doubt reflecting variations on the “cooperative” nature of different ventures. At least some of them exist in a grey area of quasi-capitalism, and seem to behave accordingly. Isn’t Desjardins looking more and more like Canada’s seventh big bank?

Tony to Jim: Consulting consumption likely to rise
That’s probably one of the commonest problems among ag co-ops, or those that start small and find themselves growing as they follow the market. Calgary Co-Op bestrides the city, though I doubt they saw it that way at the start.
You adduce a “notable lack of consensus” in N.B. and indeed this is a significant consideration for all co-ops, particularly those that are growing fast. Finding ways to build consensus will consume a lot of consulting power, I should think. Cooperatives need to be as nimble and flexible as their competitors without the hierarchical structure that typifies capital-driven enterprise. Can democratic governance compete with command and control? I give you Desjardins.

Of course it’s looking like a big bank. It’s higher than seventh, edging past National in assets. Now it has more than five million member-depositors. Last year it had $13 billion total income for a profit of $1.6 billion, of which it returned more than $400 million as “dividends” to members. I could go into a lot of good community and education things that Desjardins does, but let me mention just one difference from other banks. The 45,000+ employees of Desjardins elect their 5,400 executives. Can you imagine that at the Royal?
I wonder at your use of ‘Profitability’ to explain the different outlooks in the big city operations and the rural outposts. Profitability is always essential for a co-op, just as it is for a share capitalized business. Profit is essential to survival but within co-ops it doesn’t become an end in itself (there may be a slight distinction to make here around producer co-ops out to get the best price for their product). The funds required to maintain and develop the business (profit) must be generated by the co-op. When it collects more than it needs, the surplus is generally returned to the members. Since the members are also the clients/customers, what they’re getting back is essentially money that they’ve overpaid for goods and services. In other words, there’s little point in striving for uber-profitability if the loonies that are sent to your right pocket as “dividends” are just some of the same ones you sent from your left for goods and services. The capitalist wants other people’s loonies, not just some of her own back.
Ah well, I don’t think it’s a hard sell. Lack of familiarity has bred disinterest. Just have to crack the comfortable mindset of the average Canadian.
The following links will take you to Screwball Letters 2 or Screwball Letters 3 or Screwball Letters 4 or Screwball Letters 5.